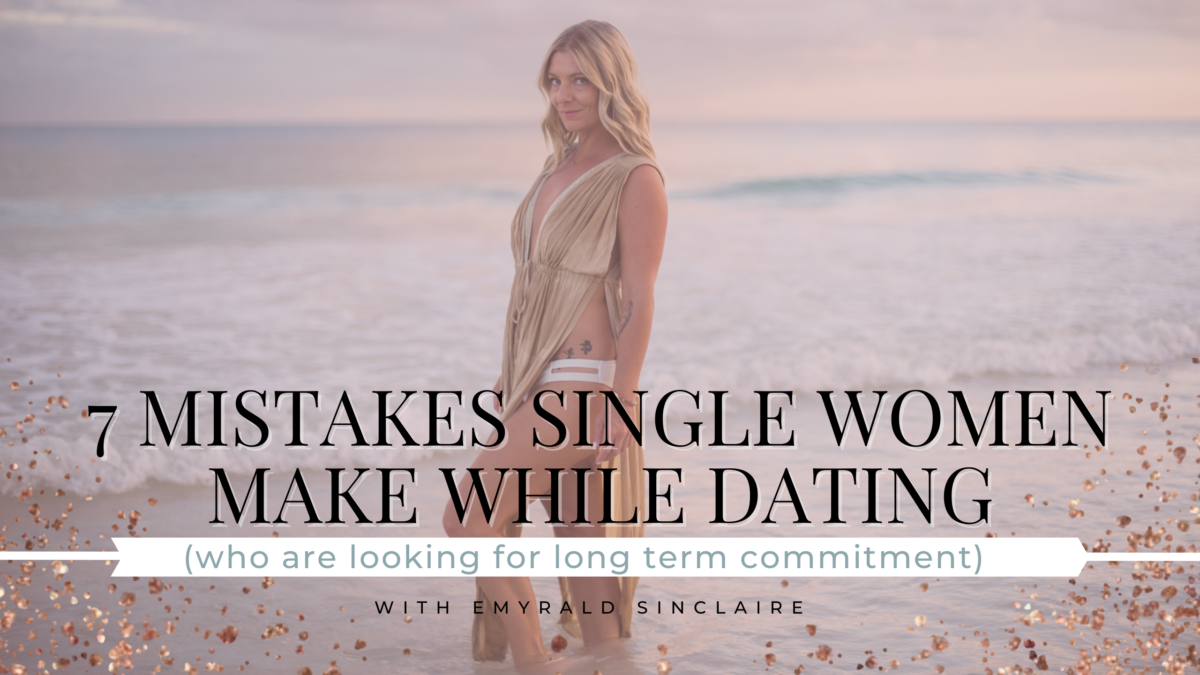 1- Not Asking Him About Past Relationships

How someone speaks about their ex and why the last relationship ended says a lot about that person.

If they talk trash about their ex (they were crazy, narcissistic, sleeping around, it’s all their fault), it says that this person doesn’t look at themself and hasn’t done any work on themselves. They are blaming. They are the victim.

You want someone who takes personal responsibility for their part in the relationship. They said YES to dating that person. Which means they are ½ responsible for the relationship (and the ending).

And the same goes for you! How YOU talk about your ex’s says a lot about your healing journey and the amount of responsibilty you are taking to ensure you don’t have to learn that lesson again.

Every relationship is an opportunity to learn. Are you looking for it? Once you learn the lesson, you graduate and don’t have to learn it again. If not… well history repeats itself, doesn’t it?

2 – Sleeping With Him Before A Spoken Commitment

If you sleep with a man before he is invested emotionally in you, BYE BYE.

Men like the chase and to feel like they’ve earned it. If it was easy for him to get you into bed, there’s a part of him that wonders if he’s really that special AND if you’re that easy with other men.

Trust me, it’s better to wait and take things slow. Wait to sleep together until you’ve both formed an emotional connection and had the discussion about monogomy and committment.

A high value woman knows her worth. And she doesn’t sleep with a man who’s sleeping with other women… let alone NOT even know if he’s sleeping around.

Let’s make things easier on you and just ASSUME he’s sleeping with other women.

Do you really want to be ‘one of the girls’ he’s sleeping with? Or wait until he’s decided you are THE ONE?

Now that being said, if you’re just looking for a hook-up, sleep with whoever you want. But if you’re looking for something serious, it’s most likely NOT going to manifest by sleeping with a man before you two are emotionally connected and when he’s sleeping with other women. Make him EARN the right to be intimate with you. And give it enough time to truly ensure that you WANT to CHOOSE him.

4 – Believing His Words Over His Actions

Men can talk pretty. We all can. But how does he ACT? A respectable man will not only KEEP his word to you, but ensure his actions match his words. Don’t be distracted by a smooth talker. Give the relationship enough time to ensure that he’s a man of action.

Looks fade. A man that is a 10 will suddenly seem like a ZERO in your eyes if he treats you (and others) like sh*t. It’s been proven that attraction GROWS or FADES based on someone’s personality. Give a man who is a 5 a chance… you just never know. Once you get to know him … and if his personality is amazing .. and you have a lot of fun together … and he treats you like a Queen … and you feel adored, special, and chosen when you are with him… don’t be surprised if all of a sudden he becomes a 10 in your eyes!!

Yes, a man who is successful and financially responsible DOES matter. But don’t put it as the only requirement on your list. How does this man treat you when you are together? How does he treat others? (Like the server or his employees or friends or family?) Is he looking out for your needs and desires? Does he want to please you? Does he care about your happiness? Does he ask you about your day and go out of his way to support you? Is he paying attention? Does he respond to your texts/calls in a timely manner? Does he keep his word?

7 – Settling For Anything Less Than What You You Truly Desire (and Deserve!)

Many will tell you that you’re being too picky.

I say the opposite: RAISE THE BAR!

We are talking about lifelong partnershp + love here. This is the LAST THING you should ever settle on!

And within The Magnetic Femme​, I teach you how to raise the bar + get even MORE than what you asked for!!

> Lauren made a list of 50 things she wanted in a partner… she got ALL of them… plus some things she didn’t even think to ask for! She used to settle for men who had 2 or 3 things she was looking for. Because she didn’t know how to ask for more.

> Jen’s partner just whisked her away to a New Years Even trip to Puerto Rico. He covered all expenses and treated her to fancy dinners and massages. He treats her like the Goddess she is.  “I’ve never been treated this well before” is what she told me in a text. And she USED to settle for breadcrumbs. She would date men who made HER pay for the dinner. Men she was too embarassed to introduced to her girlfriends. Men who were ‘beneath’ her. All because she didn’t believe that men of her caliber existed.

> Mi’s husband told her to pick any spot on the planet to meet for the first time. (Since they met online.) Over the course of the next year, he flew to the US multiple times to see her… until he proposed and moved in for good. 😉 Before that, she was still texting her ex meaningless romantic texts… settling for a situationship with someone who couldn’t give her what she wanted and needed.

Are YOU ready to RAISE the BAR? To ask for EVERYTHING your heart desires in partnership… and to get it?!

> Click here to learn more about The Magnetic Femme process + fill out your application. ​

I’m so excited to help you manifest a relationship that finally matches the caliber of woman that YOU are!!!

From single to soulmate level love

I’ve been in a love bubble since our chat! I’ve got a new man!

He meets almost all of my HUGE list of non-negotiables. He just keeps blowing my mind the more I get to know him.

Manifested her husband, her dream home and beautiful baby girl!

I just wanted to reach out and let you know that last February I decided to try your manifest your soulmate in 21 days.…. and I’m now engaged to the absolute love of my life and undoubtedly my soulmate!!!

I tell all my friends about it and greatly appreciate your worksheets and meditation!!!

From sad and depressed to in love with herself and married!

I started Emyrald's course hopeless and broken with only one goal, manifest my soulmate.

I finished it loving myself the way I never did before, believing that we can manifest it all & with my beautiful boyfriend full of plans to travel together this year!

2020 Update: They are now married and living happily ever after!